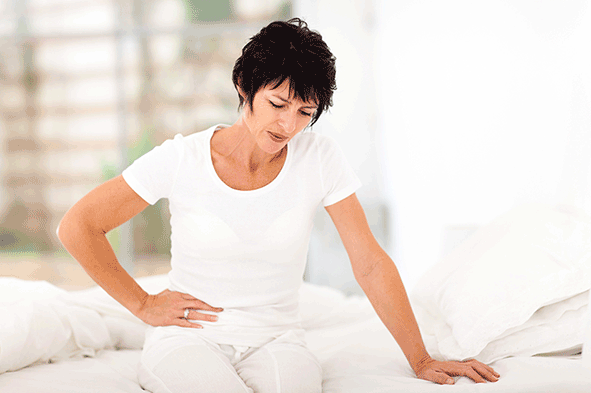 Somatoform disorders are defined as somatic (bodily) symptoms without a sufficient somatic (bodily) cause. Only after somatic causes are ruled out, psychological factors can be taken into consideration. The presentation of the symptoms is the same, regardless if they are caused by somatic or psychological factors. A good example is common back pain. It can be caused by a pinched nerve as a somatic cause. The exact same pain can be cause by psychological factors, too. For most people this seems to be hard to believe. However, somatoform disorders are among the most common psychiatric disorders and occur in 10 to 15% of primary care patients.

Somatoform disorders can cause almost all kind of symptoms. From pain over irritable bowel syndrome up to the fear of a brain tumor. As it is very natural to believe in a somatic reason, patients tent to undergo various medical investigations – even unnecessary surgeries. Sometimes patients are searching for a reason that explains the symptoms for years. They are consulting doctors frequently, which is called “doctor hopping” and often turn to alternative medicine. This kind of behavior expresses the enormous pressure these patients are under.

It is important to understand that these patients are ill, they will have pains, functional disorders or likewise. People with somatoform disorders are not faking their symptoms and their symptoms can significantly affect daily functioning. Their pain often has a dramatic impact of work, relationships, and other activities.

This type of somatoform disorder includes symptoms such as pain, neurologic problems, sexual problems, gynecological, cardiologic and gastrointestinal complaints. Patients often have a long history of medical problems but never a diagnosis that could really explain all their symptoms.

One speaks of an undifferentiated somatoform disorder if the patient has one or more physical complaints of unexplained symptoms for at least six months.

If a patient is concerned about having a serious disease and believes that minor complaints are signs of very serious medical problems he is suffering from this type of somatoform disorders.

In this type the patient has neurological symptoms such as paralysis, blindness, hearing loss or a loss of sensation or numbness without any medical cause.

Patients with pain disorder typically experience pain that started with a psychological stress or trauma such as chronic headache after a stressful life event.

Finding the diagnosis can be difficult and time consuming. A comprehensive medical examination including laboratory work and radiologic scans is needed to determine possible causes of the symptoms. It is very important to not overlook any somatic (bodily) cause. On the other side the patient shall be protected from unnecessary medical investigations and surgeries. If the examination does not reveal a clear source of the pain a somatoform disorder could be considered.

If you’re unable to know what your mental health concern is, we can help you with that using our top Neurology Doctor, Psychiatry Doctor, and Psychology doctor‘s help.

A strong doctor-patient relationship plays a key role in the effective treatment of somatoform disorders. For the patient it is important to understand that treating a somatoform disorder doesn’t mean neglecting the possibility of a somatic cause. It is not an either or decision the patient has to make. Treating a somatoform disorder correctly is rather an addition to the attempts the patient did so far. The doctor will evaluate all performed procedures and decide with the patient which further investigations are necessary and which ones are not. Patient and doctor together will develop a concept that takes all factors influencing the disease in consideration. These factors can be very different from patient to patient. Depending on this, different forms of treatment are effective. Cognitive behavioral therapy is used since it focuses on correcting distorted thoughts, unrealistic beliefs and behaviors that prompt health anxiety. The focus is rather on the improvement of daily functioning then on managing symptoms. Stress reduction is often an important part of getting better. Antidepressant medications can support the psychotherapy. Moreover, Support Groups can be helpful as well as stress reduction exercises, physical therapy and massage. The doctor will develop an individual treatment plan for each patient.