Schizophrenia Treatment, Symptoms, Causes, What is it & More

Schizophrenia is a brain disorder. It affects the way a person acts, thinks and sees the world. Often people with schizophrenia have different perception of reality and even lose contact with reality. They might see things, that others do not see or might hear voices that others do not hear (hallucinations). They might even speak in a confusing way or might believe in their own „reality“(delusion). Even some people feel persecuted or constantly watched (paranoia). Others have a disorganized behaviour or so-called „negative symptoms“, such as lack of emotional expressions or lack of enthusiasm. If a person shows symptoms as a radical change in personality and an impaired functioning plus a distorted or non-existent sense of reality we speak in medical terms of „psychosis“.

Schizophrenia typically begins in the early adulthood, between the age of 15 and 25. Women tend to develop first symptoms several years later than men, typically around the age of 25. However, men are more affected than women. Symptoms might develop slowly or sometimes it shows the full syndrome immediately. Early warning signs of schizophrenia could be a social withdrawal, depression, suspiciousness or inappropriate laugh or crying. It is important to be aware of early symptoms, because the earlier the disorder is diagnosed the better it can be treated.

Schizophrenia is affecting approximately 0.7 to 1.0 percent of the adult population worldwide. About 26 million people worldwide are affected by schizophrenia. We would therefore estimate to have about 50’000 people suffering from schizophrenia in the UAE.

While schizophrenia is among the common mental disorders, anxiety and mood disorders such as depression are 5 to 10 times more frequent. In the past years there was a longstanding opinion that the prevalence of schizophrenia varied little from population to population. Today we have indications that the rates of schizophrenia can vary in different regions due to the influence of cultural, urban and geographic factors. For example migrants have higher prevalence’s then native-born individuals and developed countries higher prevalence’s then non-developed countries. The highest prevalence is among people with low socioeconomic status living in developing nations. Recent studies suggest that environmental factors related to urban residence may contribute to development of schizophrenia.

The WHO published data 2002 regarding the prevalence of schizophrenia and we know, that the disorder tends to be the highest in Oceania and Middle East and Asia compared to Australia, Japan and Europe. 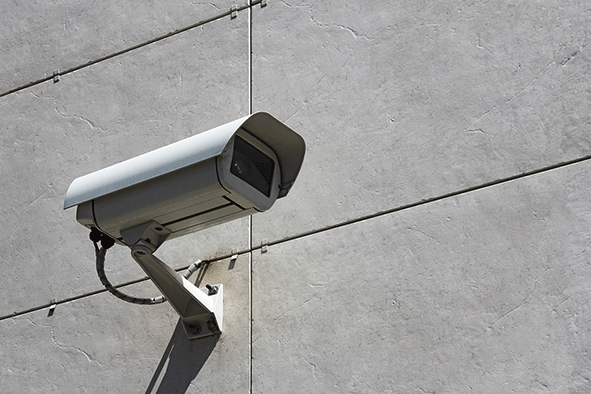 There are two kinds of symptoms – early symptoms which may exist years before the actual outbreak of Schizophrenia – and main symptoms. The early symptoms include the alteration of experience and conspicuousness in conduct although to a small extent that it will not easily be brought into connection with early signs of schizophrenia.

The main symptoms of Schizophrenia are Delusions, Hallucinations, disorganized speech, disorganized behavior and negative symptoms like diminished emotional expression or avolition. These symptoms mark the active phase of the disorder which emerges after a stressor or substance abuse or without any identifiable stressor. Patients often suffer from social disorders due to a loss of personal abilities such as initiative, interest, and pleasure in life and other people. Their emotions may be blunted and there may be a poverty of speech and diminished activity and self-care. Moreover Schizophrenia often affects cognitive areas such as memory and attention. A lack of decision-making capability is common, especially in older patients.

Today the causes of schizophrenia are not fully known. It appears to be a result of a complex interaction between genetic (hereditary) and environmental factors. Schizophrenia has a strong hereditary component, which means, that individuals with a first-degree relative who has schizophrenia have a 10 percent chance to develop the disorder, so an approximately 15 times higher risk than the average population.

But it is important to mention, that the disorder is only influenced, not determined by genetics. So we know that the inherited genes make a person vulnerable to get schizophrenia, but the environmental factors act on the vulnerability and trigger the onset of the disorder. From research we know, that „stress-inducing“factors might be involved in schizophrenia, such as prolonged birth, malnutrition before birth or prenatal exposure to a viral infection. Problems with certain naturally occurring brain chemicals, including neurotransmitters called dopamine and glutamate, also may contribute to schizophrenia. Neuroimaging studies show differences in the brain structure and central nervous system of people with schizophrenia.

In many cultures mental health is a theme that is not openly discussed and even stigmatized. We would help many patients when we could overcome being „speechless “and support them to seek for professional help. This would be the first step to get a treatment and improve the quality of life for the patients and their families. An obstacle for many patients with early symptoms is also that mental disorders are often poorly covered by health insurances resulting in further delays of diagnosis and treatment.

Schizophrenia is a clinical diagnosis. Certain tests will be ordered to rule out other illnesses and conditions that may trigger schizophrenia-like symptoms. The tests may include a complete blood count, urinalysis, a metabolic profile, imaging studies and psychological evaluation. Best Psychologist in Dubai will assess the patient’s mental state by asking about thoughts, moods, hallucinations, suicidal traits, violent tendencies or potential for violence, as well as observing their demeanor and appearance. Patients with suspected schizophrenia should be referred for a psychiatric assessment. At least one of the symptoms must be delusions, hallucinations or disorganized speech.

Schizophrenia can be treated and the outlook for the disorder continues to improve. However, only 50% of patients receive adequate help. Very often people under appropriate and continuous treatment can live a regular life and work. It should be treated with a complex setting that includes medication, psychotherapy and the establishment of a strong support network. Unfortunately, many patients do not receive the appropriate treatment today because of a lack of social acceptance and/or the inability to recognize the need for treatment by the patients themselves.

An effective treatment requires a combination of medication and psychotherapy. Treatment helps relieve many symptoms of schizophrenia, but most people who have the disorder cope with symptoms throughout their lives and most will remain on antipsychotics for the rest of their lives. Nevertheless, antipsychotics should not be used as a single-treatment modality. Therapy and psychosocial interventions should continue.

Psychosocial treatments help patients deal with the everyday challenges of the illness. Learning and using coping mechanisms to address these problems allow people with schizophrenia to socialize and attend school and work. Support Groups can be an effective adjunct to medication as well and help patients reach out to others facing similar challenges. Support groups may also help family and friends cope.

However, many people with schizophrenia can lead rewarding and meaningful lives.